Blood and Gore
Intense Violence
Strong Language
In-Game Purchases
Users Interact
OverviewUpcoming Tournaments
To participate in this program you must have a PS4™ console.

The FGC Arcade is back with another worldwide competition: the Summer Community Series. It’s everything you love about fighting games in one major PlayStation Tournament — featuring multiple games across five regions.

Challenge the top players in your region and fight for cash and the ultimate FGC prize: a roundtrip flight and ticket to compete on the world stage at the Evolution Championship Series. The Summer Community Series features the following games:

The stakes don’t get much higher than this. Fight through the Qualifiers, battle it out at the livestreamed Finals, and prove you have what it takes to challenge the best of the best. 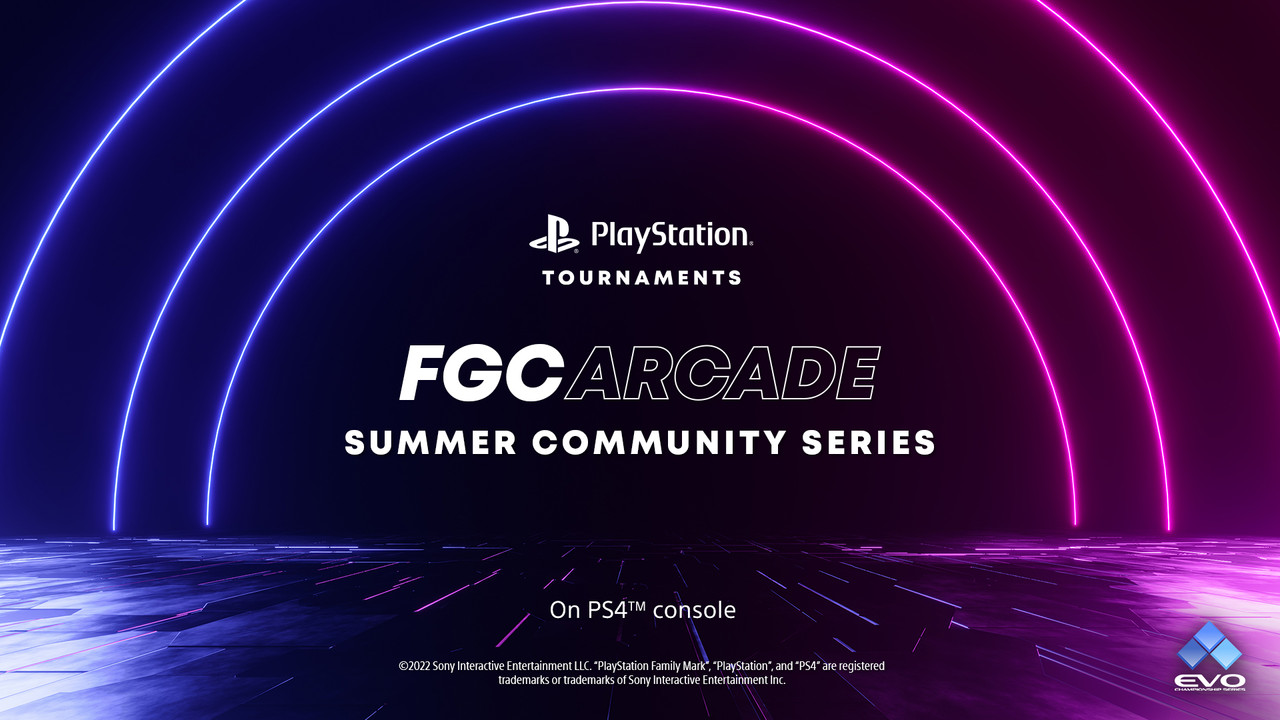 Matches will begin in June across all games. All games will have two Qualifiers, with the top four players from each Qualifier moving on into the Finals.

Join up to two Qualifier(s) for your title and win a place at the Finals.

*Prizes are the same for each title

*Prize amounts will be equivalent to local currencies