Send your best squad onto the pitch for a chance to net a PlayStation 5, a custom eMLS jersey, and a piece of the 40,000 FIFA Coin prize pool in the FIFA 21 FUT PS4 Tournaments: eMLS Fan Challenge. Players must be at least 16 years old and reside in the United States. Terms and conditions apply.

There are three online tournaments (one per month), meaning three opportunities to dribble through the Swiss rounds for a shot at the grand prize. Reach the top 64 and at the very least you’ll receive FIFA Coins to improve your team for tournaments in the months to come.

Registration is free, so take your team to the next level. Can’t get enough competitive FIFA? Join the Open Series and tune in to all of the eMLS League Series 1 action on January 16 – 17. 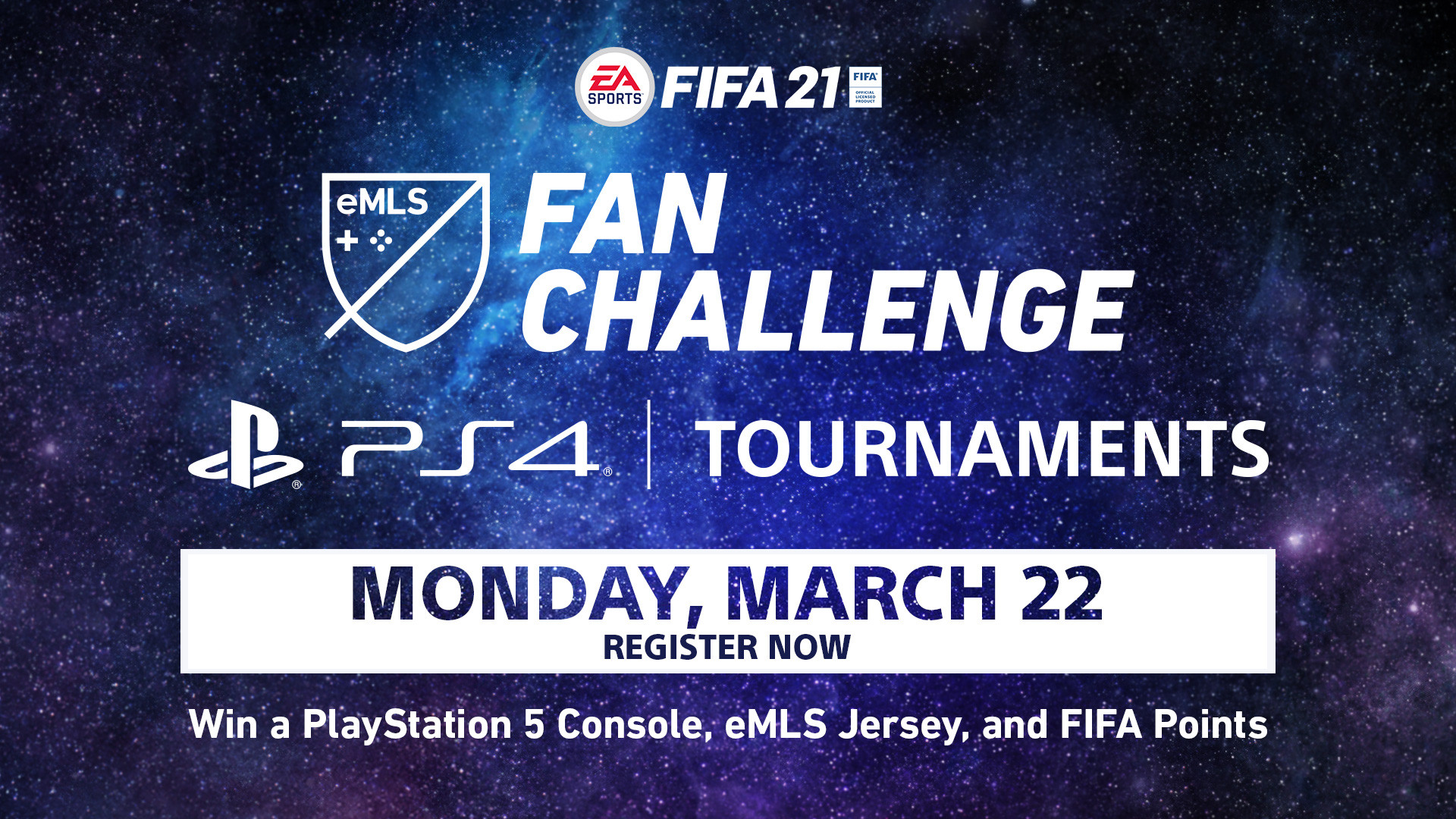 The rewards are the same for every tournament.

How to Join Your Game Lobby

The match schedule is viewable on your PS4 in the My Events tab.

You have 10 minutes to show up to a scheduled match, meaning the actual start time is 10 minutes after the assigned one. No shows after 10 minutes will receive a loss. The player that is waiting must create a support ticket via the match event page on console.

Players can create disputes to resolve any issues under the “Go to Support Page” option on the PS4’s main event page. Players are responsible for providing proof of match results such as screenshots or video replays in the case of disputes.

Players that disconnect will have 5 minutes to connect to their opponent before forfeiting the game.