Gear up for the PS4™ Tournaments: Warface Open Series. Fire and flank through monthly competitions for rewards and cash prizes. Kick back with exclusive dynamic themes, avatars, and Kredits whether you participate and play once or perform like a mercenary across all four rounds. 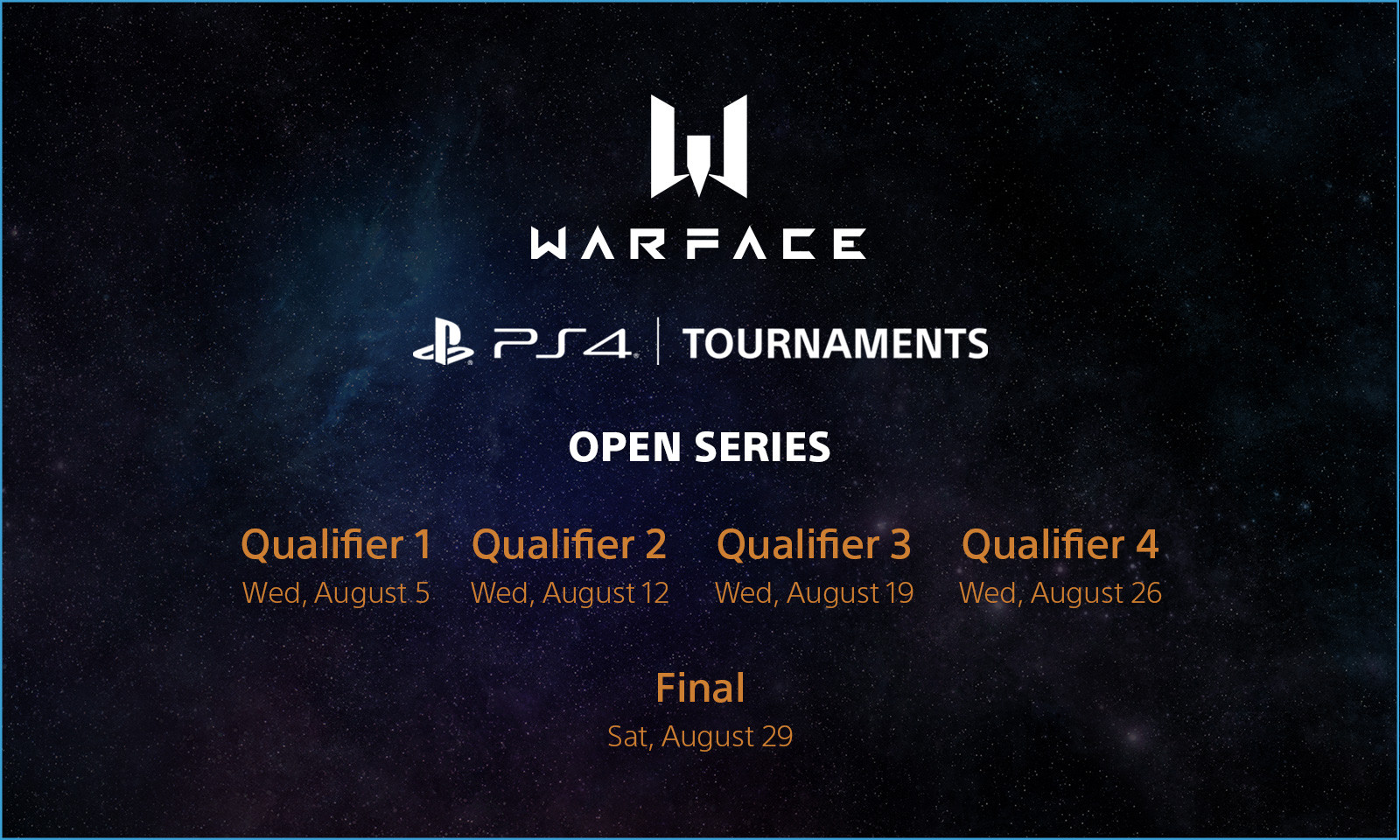